I support every president that has ever entered office in my entire voting history after elected into office in all my years alive till this present moment.

Dear Mr. President of the United States of America, either you shall allow this great nation to be destroyed killing everyone and sadly your family, I pray never, not-ever, or you save the entire planet earth which is your decision to rise into history as a shining leader or fall into the madness of history lower than Adolf Hitler is entirely by your actions alone and none other. 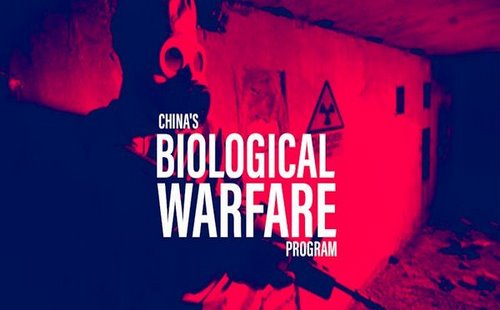 SARS-CoViD-2 is now an absolute bioweaponization proxied by international businesses infecting parcel packages sent mail delivery to private residents within the United States by foreign shippers over-seas and into our the sovereign nation must stop immediately.

Please, Mr. POTUS, I implore you to stop this biowarfare attack destroying this nation and infecting this entire planet earth any further, please; this is the-real-news, I implore martial-law change.

This biowarfare is a Trojan-Horse of deception that has become now our Achilles-Heel decaying this Great-Nation into rewritten history by our victors that must not win but defeated.

China can easily purge 4-million citizens into the grave upon their sovereign soil and can and will win any war challenged in defense or offensive.

The U.S. absolutely is incapable of surviving this biowarfare attack by the foreign nation responsible for this first strike upon this world.

Minus out all nations that are not biowarfare capable and who are in alliance with our current administration includes enemies easily recognized, and others are political, are stealth and hidden awaiting offensive.

The Earth population is under a biowarfare attack.

Most importantly and sincerely everyone in the senate, congress, house, and others in our great-nations government are in mortal danger by their life-threatening age bracket that the CoViD-2_Virus may easily purge them into their graves.

Sun-Tzu would admire such tactics greatly of such brilliant dominance, and most likely true...

Who will rewrite-history in this war is victorious and no other must be than the United States of America.

The intelligence community knows this as fact, be-it they are honest and agree.

Email ThisBlogThis!Share to TwitterShare to FacebookShare to Pinterest
Labels: a shining leader, Dear Mr. POTUS45, Heed This Threat Seriously, to rise into history as a shining leader or fall into the madness of history lower than Adolf Hitler, United States of America