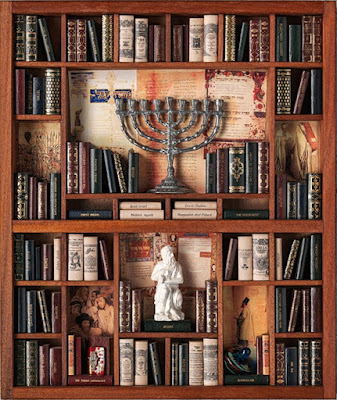 Anything you need to know from Anti-Semitism to Zionism

A 1998 law, known as the Nazi War Crimes Disclosure Act, established the the Nazi War Crimes and Japanese Imperial Government Records Interagency Working Group to “locate, identify, inventory, recommend for declassification and make available to the public at the National Archives and Records Administration, all classified Nazi war criminal records of the United States.” The group is led by a representative of the National Archives, and includes representatives of the C.I.A., the F.B.I., the Defense Department and other government agencies.

The C.I.A. is reportedly refusing to provide hundreds of thousands of pages of documents sought by the group. Under the law, the C.I.A. has already provided more than 1.2 million pages of documents, the vast majority of them from the archives of its World War II predecessor, the Office of Strategic Services. The working group released a book, “U.S. Intelligence and the Nazis,” in May 2004, which showed the American government worked closely with Nazi war criminals and collaborators, allowing many of them to live in the United States after World War II.

Historians who have studied the documents made public so far have said that at least five associates of the Nazi leader Adolf Eichmann, the architect of Hitler's campaign toexterminate Jews, had worked for the C.I.A. The records also indicate that the C.I.A. tried to recruit two dozen more war criminals or Nazi collaborators.